Are you “Born to be Wild” or maybe you're just Wildman. In either case, you'll want to “hog” a bunch of these double-sided beauties that commemorate the Coastal Pirates victories as 2004 Champions of both the Sunday & Wednesday Leagues. First, the Sunday crew “motored” from a lousy regular-season and won the Title; next the Wednesday team continued to “cycle” the puck in the Finals, putting together an impressive 13-1-2 record as they clinched their own Crown. So get a hold of the shirt that even Gary Busey wants to own. Available in long or short sleeve, with or without helmet. 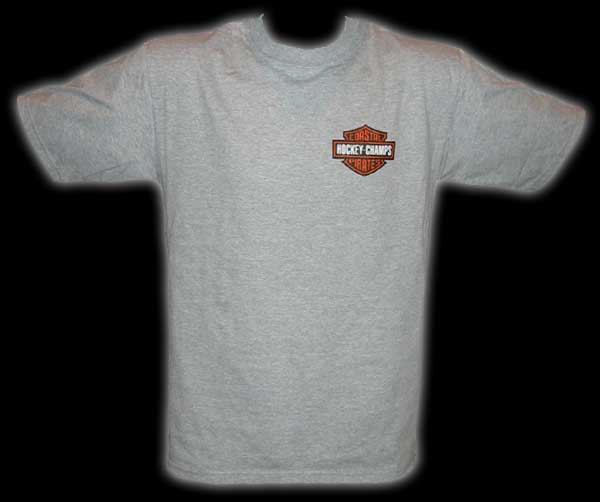