For a decade the Coastal Pirates have been haunting the Shores of New Jersey and 2006 was the best ever for gathering loot: During the Summer the Pirates captured both League Titles and the accompanying hardware. To commemorate the team's thirteenth and fourteenth championships, we've produced this limited-edition striped shirt by Champion™. The front is the classic NHL-Coastal Pirates shield, while the back sports a two-color tenth anniversary logo (shown at right). Unlike the stripers that Kevin usually reels in, this one you'll never need to throw back ... but you better get'em while they're running! 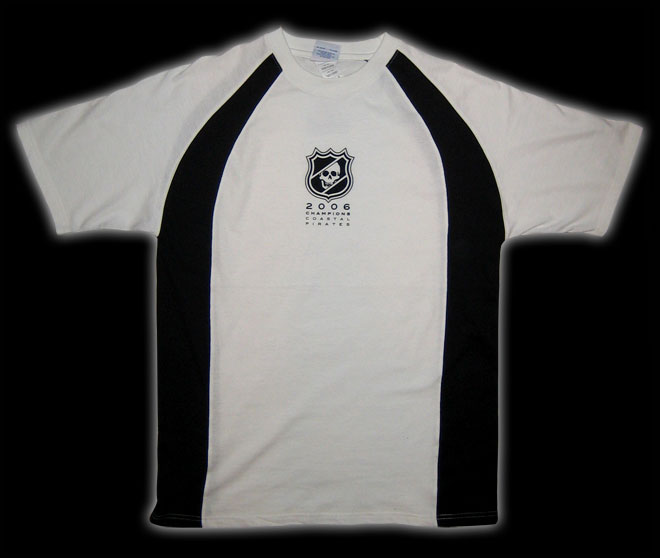