(vol. 22S, no. 6; newsletter by k.r.)
Who did the Pirates play last night? It looked like a mix of Red Stars and Lumberjacks; it certainly did not look like the Rink Rats from the beginning of the season who were thinking of disbanding once Brian Newcomb flew the coop for the Pirate ship. In any event, it was a great game for the Pirates. For the second game in a row, the Pirates where not able to field a full team: We had six up front, but it was not until the 15:00-minute mark that Bobby Currao was able to complete his sale at the pro shop and join Mike and Keith on the blueline. The two forward lines were Newcomb-LeMatty-Nicolosi and DiPierro-Farkas-Ralz.

When your goalkeeper pitches a shutout you don't need to score that many goals and that was the story of this contest. When called upon, Harris would turn back anything that came his way. The defense did a good job of limiting the opposition's chances and the forwards played well-enough positionally to allow the Pirates to breakout all night long — this was a good effort from the whole team. The only question remaining to answer was how much Mike is charging Harris for having the team logo on the hood of his race car.

A 2-0 victory does not provide much fodder for a newsletter, so let's just get to the goal scoring. Both tallies were netted in the 1st period. First, Scott LeMatty put in a rebound off of a Glenn Farkas shot after he took a pass off the boards from Keith. Glenn would have a hand in the only other goal of the evening when he banged in a rebound off a one-timer from the right point by Mike Farrell. The final period half opened with the Rats-Stars-Lumberjacks on the powerplay after Keith took a tripping penalty at the close of the 1st period; the Pirates were able to successfully kill off that 2:00 minutes without giving up a shot on goal. About 10:00 minutes later, the Rats were assessed a penalty after #67 was crushed into the boards, but the Pirates couldn't capitalize on the following powerplay. The Rats pulled their netminder with 1:30 remaining, but the Pirates were able to preserve the victory. There was also a Chris Goione sighting at this game — you remember Chris? He's the one whose hip was so swelled up that it reminded us of the Stay Puft Marshmallow Man. Rumor has it he should be back in the lineup on Wednesday. “Oh (alternate) Captain, our (alternate) Captain.”
date of game: 7.17.05 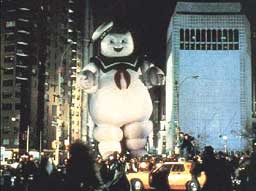 editor's note: We just learned that Chris Goione will not rejoin the Pirate lineup until next Wednesday vs. the Jaguars.

1) GLENN FARKAS
For his 2-point night and a great penalty kill in the final period.

2) BRIAN NEWCOMB
For playing as hard for us as he usually does against us.

3) HARRIS
For his 23rd career shutout.