(vol. 26W, no. 4; newsletter by h.s.)
The Pirates got back to .500 on the Summer season thanks to the hot sticks of Gucci and Craig. The pair was involved in four of the five Pirate tallies in a game that was played mostly in the offensive zone.

The Pirates controlled the pace early on when Gucci (assist to Craig) put us on the board first. Craig then followed-up with one of his own after blueliner Dave Matthews rushed up ice and hit him with a perfect pass at center for the 2-0 Pirate lead. Wildman would then net what would become the eventual game-winner thanks to the efforts of the Bros. Miller who got him the puck. But the Pirates weren't done with their 1st-period assault on the Wave. The Pirate special teams were finally able to click, as Craig would capitalize on a powerplay for his second of the period.

The 4-0 score held until the 15:00-minute mark of the final frame when the Wave netted a breakaway to make it 4-1. (Dave would get Harris to admit at the post-game “meeting” that the shot was stoppable, but Dave had a vested interest in that admission as he was the last defenseman who the Wave player skated by leaving Harris all-alone with the shooter). At the time it seemed that goal was merely a spoller to the shutout bid, but the Wave would tally a second goal less than :60 seconds later to close the gap to just two goals. On the play the Wave moved threw a Hail Mary-type pass up ice that found two Wave forwards alone in the Pirate zone: The good news was that Harris came out passed the circle and made a diving swat to fire the puck back out; the bad news was the errant puck found the stick of the only Pirate forward who chasing down the 2-on-0, and it deflected back into the zone where one of the Wave forwards easily put it into the now-vacant net.

Fortunately the Pirates regained their composure on the next shift when Gucci made a Michael Jordan-like turnaround slapshot to give the Pirates back their three-goal lead. Gucci's goal seemed to take the momentum out of the Wave attack and the final 10:00 minutes were all Pirates. Craig looked like a sure bet to finish the hattrick, but some good goaltending and a few posts prevented him from accomplishing that feat.
date of game: 6.14.06 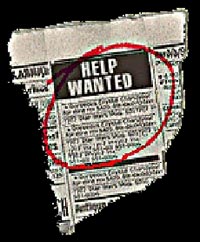 1) DARREN GUGGLIELMELLI
For his 2-goal night, but mostly for paying off 18 cans of Russ' fines.

3) DAVE MATTHEWS
For some respectable play on the blueline and feeding Craig with a laser pass for our second goal.