(vol. 27W, no. 1; newsletter by b.n.)
The f#@$%&*ing Coastal Pirates! They should be in the freaking “A” League. Their Roster has more “A” players on it then most “A” teams. How is it possible that they are playing in the “B” League? Hmmmm, wait a second ... I am getting myself confused with Sunday. Let me start over.

Wow! What a roster the Wednesday night Pirates have this season. How could you argue with a line that pairs Jimmy and Wildman with the debut of Bob Brooks on Wednesday nights? Didn't Brooks set some kind of record just this past season? And what about the pairing of the Miller Bros. with Russ? Well in a nutshell it is good for a 4-0 lead. Throw in some strong “D” with the pairing of Gucci and Joe Baio and you have all the markings of a Dynasty. The only thing missing was Dave Matthews.

With only minutes to go, #67 found himself thinking about Dave (who apparently is not playing this season because his band is currently touring Africa ... or maybe he is trying to jump start his political career by opening up for McGreevey on his book-signing tour). And speaking of Dave, who could forget the night Harris had a shutout going and Dave and #67 were talking amongst themselves and were saying things like “screw Harris and his shutout — I'm crashing the net” (which in itself is usually a fine thing for #67 to be saying, but not on a night when he was supposed to be playing defense). So fast forward to the opening Wednesday game (which of course took place on a Monday) and there with the game winding down, Scooby couldn't do it all on defense as #67 watched not one, but two pucks go into the net to spoil Harris' shut out with less than 2:30-minutes remaining. Oh well. There is always next week — and #67 won't be on the blueline then!
date of game: 9.18.06 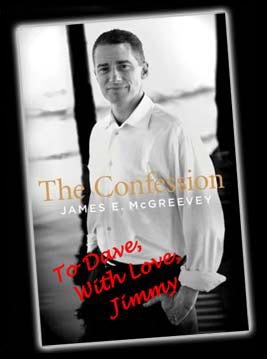 editor's note: The Coastal Pirates take no responsibility for the printed matter of the weekly newsletters. The opinions reflected — and the private lives of Manasquan-residing teammates — are solely the views of the author (aka #67).

1) EVAN MILLER
For his goal, and great skating all night long.

2) ED SOUTHWORTH
For his tenacious defense.

3) JIMMY FERRARO
He promised a pair of goals in his return, but he netted only one — not a bad effort though considering he hasn't skated in a year.