It seems like just yesterday when the Coastal Pirates found themselves in a division of the most elite players in the league (that is talentwise, of course). Of course we all know the outcome of that season.

But my how things changed! After just ten weeks of being battered in the “A” league, the Pirates found themselves back in the “B” for the Fall season.

Unfortunately, though the division has technically changed, the opponents — and the outcome — has not. The Coastal Pirates were (once again) shut out by an “A” league opponent. The opponent in this case, Team Stihl, is none-other than the team formerly known as the Lumberjacks. Pirate lore has it that GoodSports finally rearranged our schedule last season so we wouldn't have to face them twice. The more things change ... the more they stay the same. 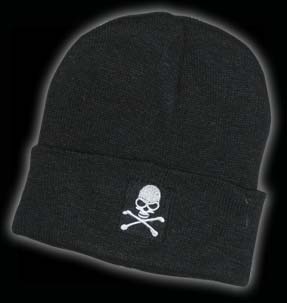 COASTAL COLD-WEATHER WEAR
Debbie (aka Gucci's Girl) strikes again! This time she's found a stash of Pirate-inspired knit hats — just in time for those chilly post-game “meetings.” Price varies depending on how nice your email to Debbie is.

1) GLENN FARKAS
For some great hustle on both sides of the blueline (in his role as a Wednesday sub).

2) BRIAN NEWCOMB
For a few dramatic (and nearly traumatic) saves on defense — including a goal-saving beneath the armpit snag.