(vol. 44W, no. 8; newsletter by b.b.)
editor's note: And now another special guest newsletter from substitute netminder Bill Barnett!
The stunt-goalies perspective: Another close game Wednesday night! ... a loss? Yes, but nipping at the heels of a very strong and cohesive Buckshot team. We battled back and forth, almost goal for goal and even had the lead for a bit. I personally know there were a few tough bounces that could have swung this game in our favor. Id love another crack at catching that knuckle-puck that won the game for them. Buckshot is so good at sneaking a third, or even a forth man, in the back door that they scored a few on those quick one-timers. However, I think overall it was a decent showing against a 7-1, gold-division team. I think things are looking good for the Pirates heading into a Playoff bracket with Big Slick, The Hurt and the Bruins. Id put my money on you guys, and Id be more than happy to fill in if I get a call (or text) from Harris to do so. Good luck in the playoffs.

editor's note: Although the Pirates finished ahead of the Bruins with wins in the Silver division, Playoff-seeding is determined by head-to-head meetings and we were 0-1-1 against them during the regular season. Thus, the Pirates (once again) embark on the epic journey of facing the No.1-seeded Big Slick in Round 1. In other words, business as usual. 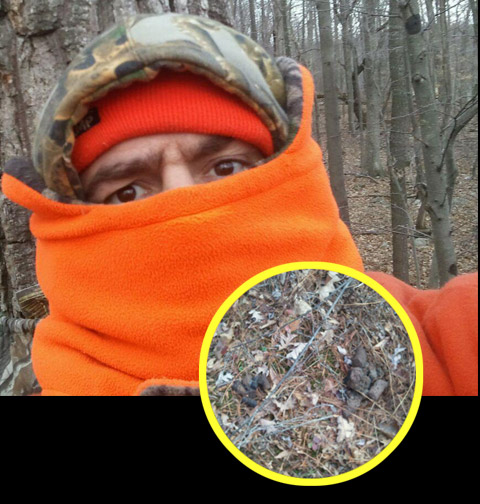 LOCK AWAY YOUR DAUGHTERS
There probably is not appropriate caption for these photos. Suffice to say that Gucci and Kevin were in Stokes “hunting bear” and these are the photos I got sent to my phone. The large one of our Alternate Captain was sent with the subject field caption of “Osama Bin Gucci” while the other picture was simply titled “Momma and Baby Bear Shit.” 'Nuff Said.

3) ED GESIOR
For slashing everyone.