More than a decade ago the Coastal Pirates first took to the ice wearing menacing black jerseys that would soon become their trademark. Twenty-nine “seasons” have taken their toll on the these original sweaters though. As a result, we're pleased to annouce new black jerseys will be unveiled later this year. Similar to our alternate jersey, the new home jersey for the Men In Black will use the sublimination technique where the images are printed directly into the fabric. But for all you traditionalists, have no fear: The Pirate skull-and-crossbones will still grace the front, along with the same sleeve numerals, logos, and shoulder patch. Small touches (such as the CCM/CPH logo, Pirate shield, and counter-color striping) have been added, but for the most part this new jersey is a homage to the old. Ace Sports has once-again been awarded our contract and the jerseys will be made of the same high-quality mesh as its white counterpart.
(To view details and zoom in, tap on the image to download a PDF.) 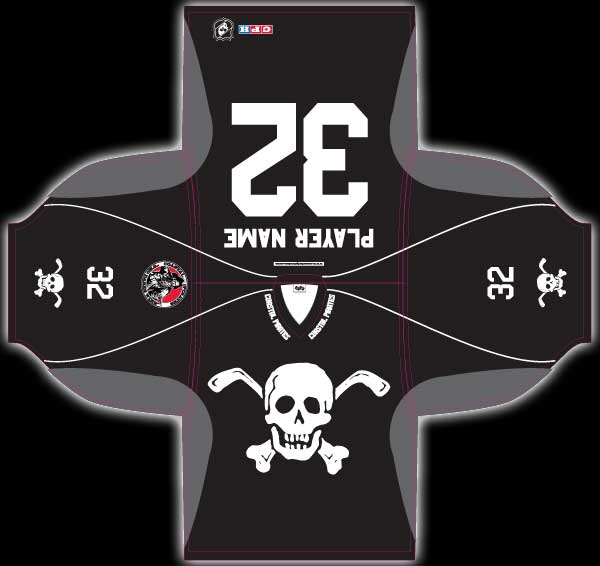