(vol. 44W, no. 4; newsletter by b.b.)
editor's note: A now a special guest newsletter from substitute netminder Bill Barnett!
The stunt-goalies perspective: I really appreciate getting the occasional call to stand in for Harris because its always a fun game playing behind the Pirates. I have filled in a handful of times, and though some of you might know my record off the top of your heads, all I know is weve won a few and lost a few. However, even the losses have been good games to be a part of. Wednesday night, the game started off with a fair amount of saves from both goaltenders and some pretty solid play from the Pirates. The Patriots (most of them ironically wearing Rebels jerseys) really only put together a few pressure-filled minutes in the first half, but it did lead to a few goals. The first was a simple case of a few too many shots (or too many rebounds, depending on how you look at it) in one attack. The second goal grazed me which makes me think I could have stopped it, but the third goal squeaked through a poorly squeezed 5-hole leaving me certain I should have kept it out of the net. Through all of this, the boys kept fighting back to within one. Another tough attack from the Pats lead to a fourth goal, answered by another Pirate goal with approximately seven minutes remaining. We were staring at a good chance to take the whole thing back. After a few saves that felt good, and hopefully looked pretty cool too, I geared up for a sprint to the bench for the extra attacker. But, with less than a minute to go, my legs (too slow from nearly two weeks of Halloween candy  courtesy of the 2026 NJ Devils 1st round draft pick and US Olympic team captain, Luc Barnett) were not able to carry me from post-to-post quick enough to stop a tough wrap-around goal (that grazed my shoulder) leaving a metallic ringing in my ear and icing the game. Still, this game was nothing short of exciting, and the Coastal Pirates were gracious in defeat, and showed appreciation for my efforts. Thanks again for the front-row seat to the forty-four minutes of tough hockey played in front of me. 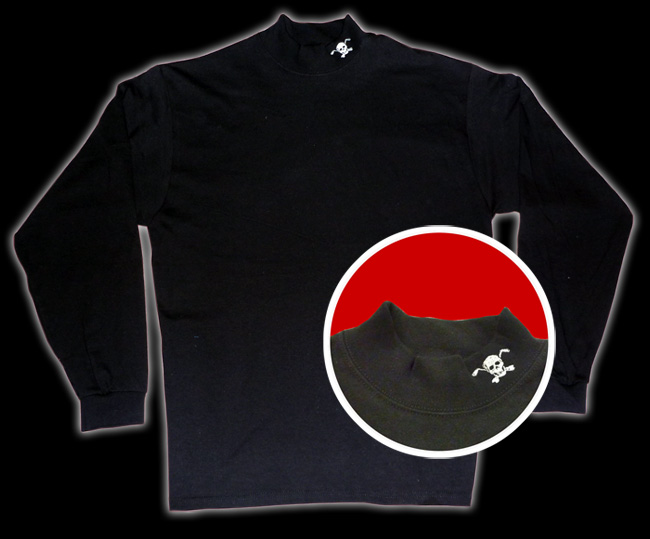 LOOK THE PART
Ok we're having a bit of a rough run on Wednesdays (1-3-0 right now), but that doesn't mean we can't at least look good out there. So pick up one of our embroidered NHL-style mock turtlenecks and get your mojo back ... $15 while supplies last.

1) BILL BARNETT
As nominated from a Pirate: “We had some earlier confusion about who was playing what position and the other team scored 2 goals early, otherwise we may have beat them. He stood on his head.”

2) SCOTT “LEMON TEA” LEMATTY
For the 2-point outing.
(note: Gucci's phone voice recognition changes Scott's name from “LeMatty” to “Lemon Tea,” so for now on this is his new nickname.)